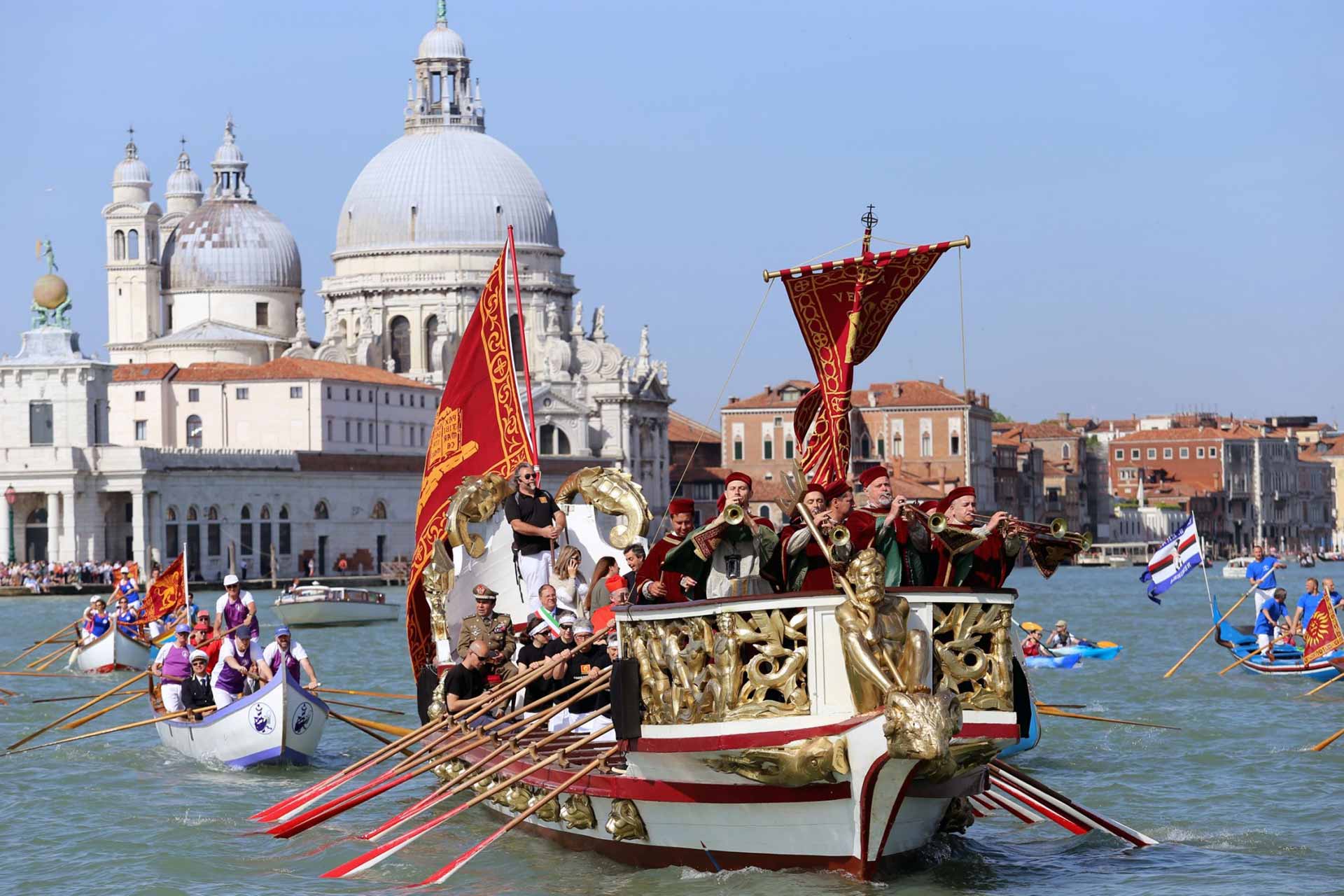 The Feast of the Sensa (Feast of the Ascension) was a very important holiday for the Republic of Venice on the day of the Ascension of Christ (in the Venetian dialect Sensa). It represents one of the oldest Venetian traditions, an event that more than any other brings to life the ancient history of the Serenissima, its intimate relationship with the sea and the practice of Venetian rowing.

The Feast of the Sensa wants to re-evoke the mystical union of Venice with the Sea, celebrating the rite of the “Marriage of the Sea“. The Doge in fact, on board the Bucintoro with all his followers and followed by a large procession of boats of all shapes and colors, all festive parades, set sail for the port of Lido, where the Patriarch awaited him, and together they headed towards the mouth of the port, where the Patriarch poured holy water and the Doge let a golden ring fall into the water, uttered the words:

“We marry you, or sea, as a sign of eternal dominion!”

Even today the ceremony is repeated as a traditional feast on the Sunday after the Ascension Day. A water procession, consisting of traditional rowing boats headed by the Serenissima, a boat on which the mayor and other city authorities take their seats, moves from San Marco to the Lido, where a symbolic launch is planned in the water ring. In addition, several regattas take place in addition to the Sensa Regatta to seal the day.

Course of the regattas: Basin of San Marco – Riviera St. Nicolò, where to follow the prize-giving will take plac