Home|Events|Celebrations|The Feast of the Redentore 2019 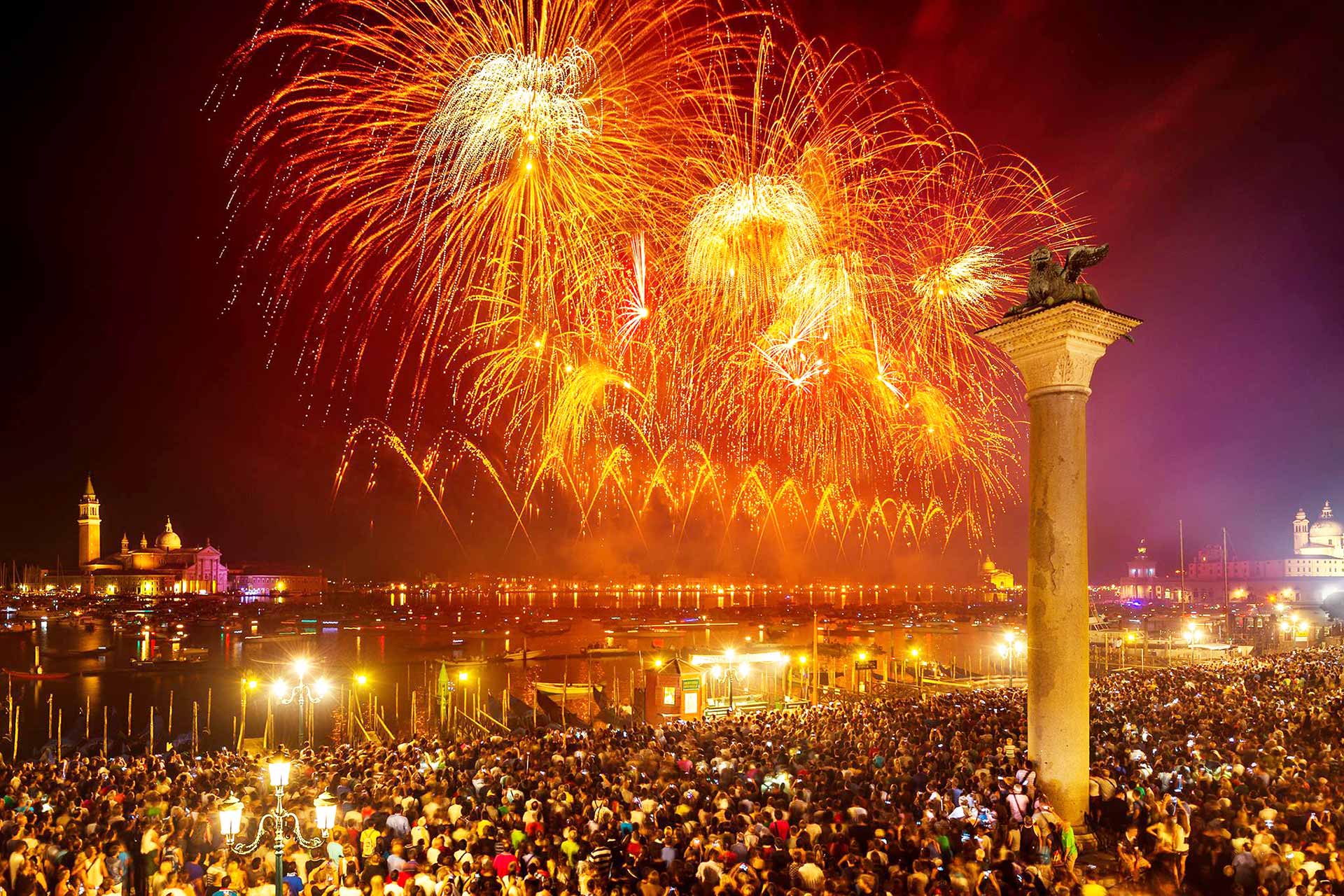 The Feast of the Redentore 2019

The Feast of the Redentore (Redeemer) is the biggest popular city festival, among the festivities most sincerely felt by the Venetians, in which the religious and the spectacular aspect coexist.

In 1575 Venice was hit by a terrible plague epidemic that lasted almost two years and took more than 50,000 victims. The Doge urged the people to pray and resolved that a votive temple dedicated to the Redeemer was built as soon as the plague was over. Once the epidemic had ceased, the government immediately commissioned the architect Andrea Palladio to design the church, which began construction in 1577. It was also decided that the third Sunday of July was forever dedicated to visiting the Temple of the Redeemer, and had it built a bridge of boats to comfortably reach the church built on the Giudecca island. Many people, for fear of not finding a place, lurked near the church from the previous evening, adorning their boats with festoons and paper balloons lit by candles.

Even today, the votive bridge that connects the Zattere with the Church of the Redeemer is built to allow the population to go on pilgrimage to the Church of the Redeemer and regattas are organized in honor of the Redeemer. From the evening before the basin of San Marco is filled with boats of all kinds, where you stand waiting for the great fireworks display, with wonderful play of lights and reflections that transform the sky above Venice in a kaleidoscope of colors that illuminates the domes, the bell towers and the buildings of the city.

A breathtaking show, in the inimitable stage of San Marco.

7.00 pm Opening of the Thanksgiving Bridge, connecting the Zattere to the Church of the Redentore on the island of Giudecca.

– 7.00 p.m. – Votive Mass at the Chiesa del Redentore on the island of Giudecca