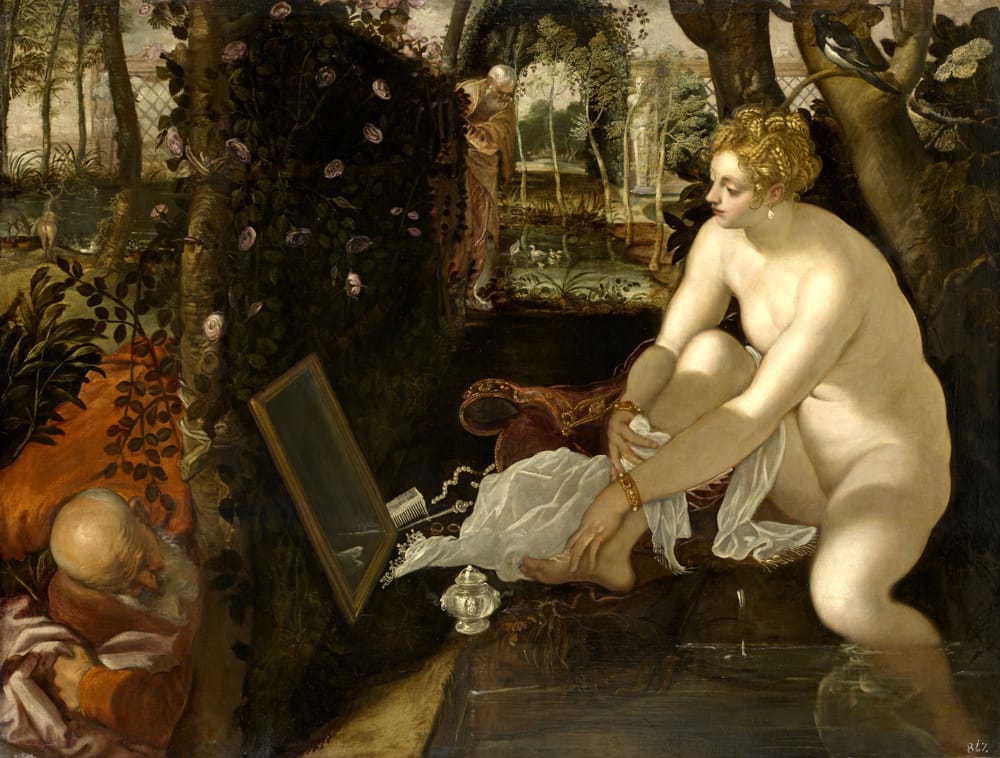 The Fondazione Musei Civici di Venezia and the National Gallery of Art in Washington present from 7 September 2018 to 6 January 2019 an international research project to celebrate the 500th anniversary of the birth of the Venetian painter Jacopo Tintoretto, one of the giants of sixteenth-century European painting. The itinerary in the Doge’s Apartment – curated by Robert Echols and Frederick Ilchman, under the consultative direction of Gabriella Belli – contains fifty autograph paintings and twenty drawings by Tintoretto, lent by the great international museums, together with the famous cycles painted for the Doge’s palace between 1564 and 1592 – visible in their original position – the exhibition will showcase all the visionary, bold and wholly unconventional painting of Jacopo Robusti. The son of a dyer, Tintoretto knew how to challenge the tradition embodied by Titian, overwhelming it and choosing to innovate: not only with daring technical and stylistic solutions, but also with iconographic experiments that marked a turning point in the history of Venetian painting of the sixteenth century. Tintoretto reveals himself as a fascinating interpreter in all the different genres he explored, from religious subjects to great history paintings, and from portraiture to profane and mythological themes, of which the exhibition offers illuminating examples thanks to loans from important museums all over the world and from some prestigious private collections: from the museums of London – such as the National Gallery from which arrives The Origin of the Milky Way (1575), the Royal Collection, the Victoria and Albert Museum, the Courtauld Gallery – but also of Paris, Ghent, Lyon, Dresden, Otterlo, Prague and Rotterdam. The Prado of Madrid has loaned five extraordinary works, including Joseph and the wife of Potiphar (circa 1555), Judith and Holofernes (1552-1555) and The Rape of Helena (1578), over three metres long, painted for the court of the Gonzagas, whose great quality can now be appreciated. Susanna and the Elders of 1577, among Jacopo’s most famous masterpieces, comes from the Kunsthistorisches Museum in Vienna and, thanks to the Staatliche Museen of Berlin, visitors will be able to admire the nobility of the Portrait of Giovanni Mocenigo (1580). Then there are also important works from the United States: from Chicago and New York, from Philadelphia and Washington. The two self-portraits with which the exhibition opens and closes are emblematic and revealing; one was painted at the beginning and one at the end of Jacopo’s career and are being loaned respectively by the Philadelphia Museum of Art and the Musée du Louvre. Internationally renowned art historians have contributed to the project, which will take the form of a major exhibition held at the Palazzo Ducale and the Gallerie dell’Accademia di Venezia. In these two prestigious venues the 500th anniversary of the birth of Tintoretto will be celebrated by Fondazione Musei Civici di Venezia with the exhibition Tintoretto 1519 – 1594 at the Palazzo Ducale and by the Gallerie dell’Accademia di Venezia with the exhibition The young Tintoretto, an integrated sequence of extraordinary masterpieces from the world’s major public and private collections. Many of his paintings in Venice will be restored for the occasion, thanks to the support of Save Venice Inc., which the public will now be able to admire in their full expressive power.