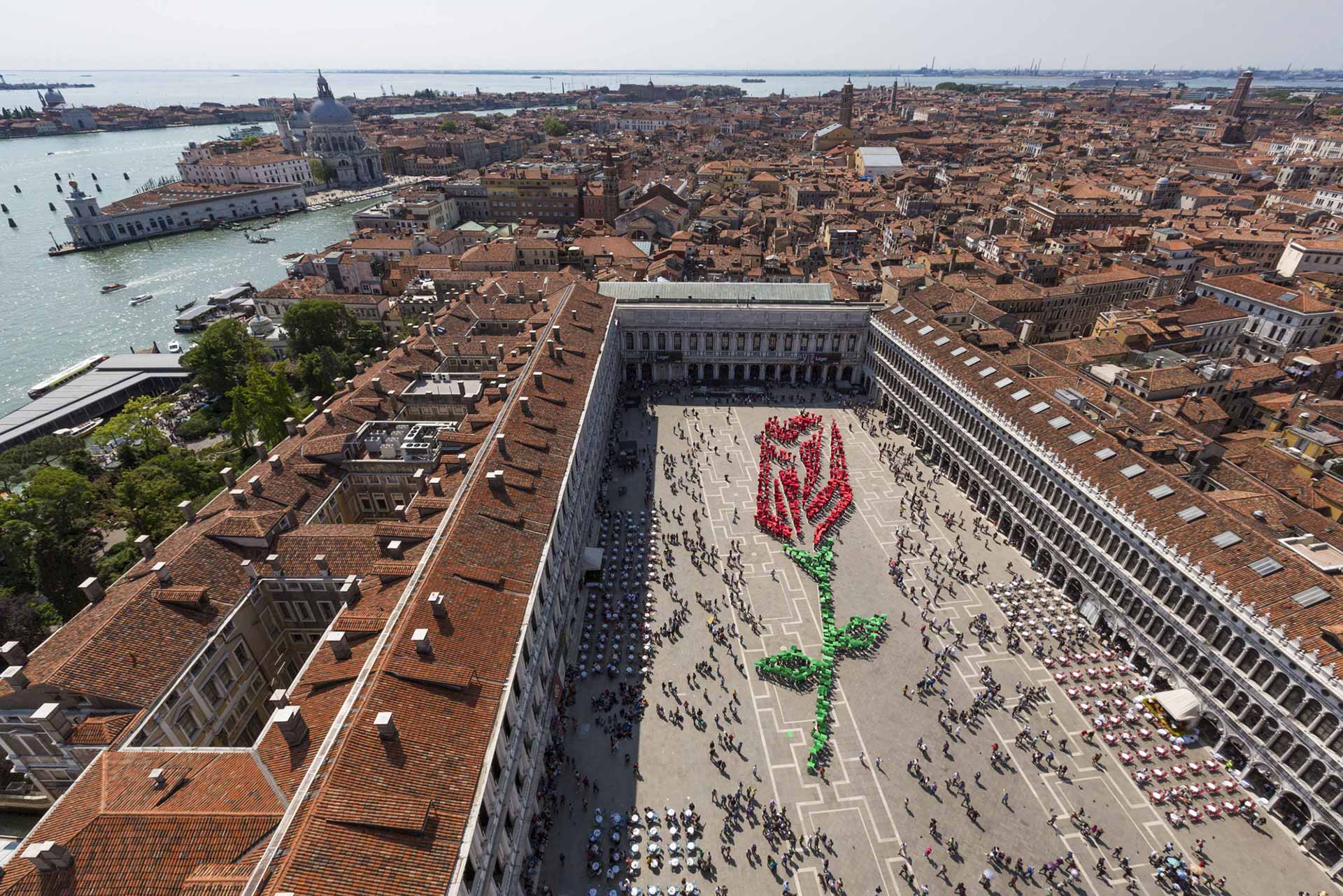 Feast of San Marco and Bòcolo 2019

On April 25, Italy celebrates the liberation from Nazi fascism, but for Venice and for the Venetians April 25th is a tradition far older than the current national holiday, rich in history and meaning: it is the feast of St. Mark, patron saint of the city.

At the time of the Serenissima Republic, on April 25th a procession took place in Piazza San Marco attended by religious authorities, civilians and representatives of the arts, but the celebrations took place on January 31st, the day in which the body of the saint was transported to Venice. June 25, the day when the relics were found in the Basilica of St. Mark.

April 25th in Venice is also the Festa del Bòcolo and it is tradition for the Venetians to give a ‘bocolo’, that is a rosebud, to the beloved woman.

The origins of this custom are very old. Legend has it that in the second half of the ninth century, Maria, the daughter of Doge Orso I Partecipazio, loved the young Tancredi of humble origins. The father of Mary, Doge of Venice, would obviously not have approved their union, so the girl advised her beloved to go and fight the Arabs in Spain, to gain the glory necessary to aspire to her hand. The young man distinguished himself bravely in the war but was mortally wounded in a rose garden. Before he died, he entrusted his friend Orlando with a rosebud dyed with the red of his blood so that he would give it to his beloved Mary as an extreme pledge of love. On April 25, the day after receiving the love message from her lover from Orlando, Maria was found dead in her bed with the bud on her chest.

From that time the rosebud is offered to women on the day of St. Mark as a symbol of true, imperishable love.