Home|Events|Exhibitions|Jewish Manga – The beauty of rigor 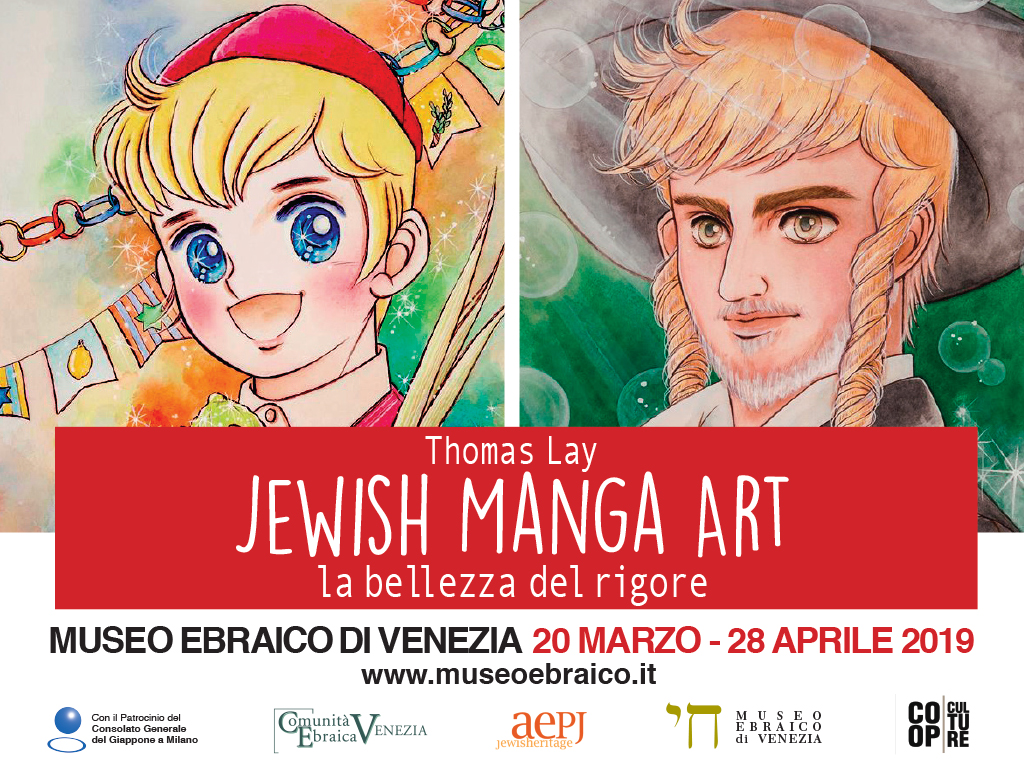 Jewish Manga – The beauty of rigor

From March 20 to April 28 a very special exhibition will be held at the Jewish Museum of Venice dedicated to the Manga of Jewish subject designed by Thomas Lay, entitled Jewish Manga – The beauty of rigor.

Thomas Lay began drawing professionally when he was 25-years-old, in Japan, at the studio of Yumiko Igarashi, creator of Candy Candy and Georgie.

After studying at the National Drama Academy in Paris, Lay decided to pursue instead his original grand passion, embarking on a learning trajectory that would eventually land him in Tokyo, where he succeeded in his ambition of becoming part of Igarishis’s studio team.

Today, Lay alternates working as a Japanese interpreter with pursuing his calling as an illustrator, drawing much of his inspiration from Jewish culture, as this first travelling solo exhibition of graphic works testifies: “As a Jew, I find it is important to me,  innovative too, to represent our ancient culture through a popular contemporary  graphic language such as that of the Manga, instantly recognisable the world over.”

Lay’s art succeeds in marrying the Jewish and Japanese traditions, both very rich and still vibrant, and in a number of ways not dissimilar.

Jewish art is enjoying a period of particular exuberance which has witnessed the birth of a real ‘Renaissance’ – in a ‘pop’ key – of one of the oldest and richest cultures in human history, thanks to the reinvigorating work of a host of young painters, sculptors and photographers.

A series of 25 panels in pen-&-ink + watercolour depict religious subjects and festivities, such as ‘Sukkot’ or the ‘Festival of the Tabernacles’ which celebrates the exodus o the Children of Israel through the desert, after their escape from slavery in Egypt, which is symbolised by the citron and the ‘lulav’, a bunch of palm, myrtle and willow leaves.